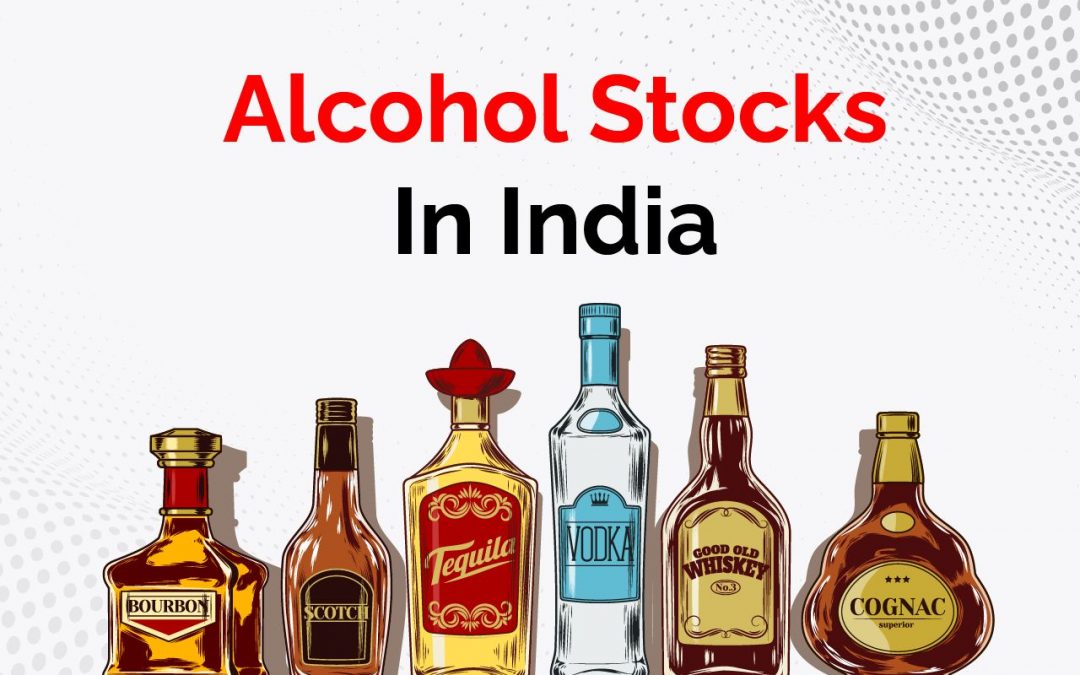 Alcohol Stocks In India: Has a reputation for many things but did you know that the first alcoholic drink in the world is said to have originated in India? The Indus Valley civilization showed evidence that dates as far back as 3000 B.C. Some ancient Indian texts also mention the health benefits of consuming alcohol in moderation and the health diseases if consumed in excess.

Fast forward to the present day scenario, Alcohol Stocks In India still play an important role in boosting a country’s economy. According to ICRIER, the present value of India’s alcohol market size is $52.5 billion dollars. Alcohol also has a higher excise duty compared to other FMCG products.

With a VAT of 18% and a special liquor transportation tax, our country thrives on the cash flow from liquor. In states where liquor is legal, they account for a majority of its revenue. Alcohol Stocks In India companies benefit the most from India’s affection for liquor?  Read ahead to find out.

A lot of alcohol lovers might be wondering – What is the biggest alcohol company in India?

This is why United Spirits is at the top of our list. USL is the world’s 2nd largest liquor manufacturer by Volume. Headquartered in UB Tower, Bengaluru, they are now a subsidiary of Diageo, a multinational distillery company. United Spirits has over 140 brands under its flag, with millions of bottles sold under some individual brands.

The company is also the largest on this list by market capitalization. At Rs. 56,318 crores, United Spirits holds the number one position in this list and might stay there for the near future.

United Breweries derives its fame from the well-known brand Kingfisher Beer.  This is understandable as the group and its brand accounts for up to 60% of the market share of beer sales in India.

This makes them the highest beer-selling company in India alone.  Like USL, United Breweries is headquartered in UB Tower, Bengaluru.

The company has recently made headlines due to the dissolution of Kingfisher Airlines and Vijaya Mallya’s abrupt exit from India after the loan defaulting incident came to light. Nevertheless, the UB group is 2nd on this list at a valuation of Rs.38,555 crores. German Brewing company Heineken owns a 43 % stake in the UB Group.

RKL is the third liquor company on our list and they have a good basket of brands under their liquor division. The company was established in pre-independence British India in 1943. Radio started its operations as a large-scale manufacturer for notable brewing companies such as United Breweries, Shaw Wallace, and Mohan Meakin.

Radio sells a wide range of liquor, ranging from brandy, whiskey, and rum to vodka and gin. They were the first company to launch low price Scotch Whiskey called 8 PM in 1999. This propelled the brand 8 PM and led to the birth of other brands as well.

The vodka brand Magic Moments and Morpheus brandy are some notable names that are credited to Radico Khaitan Ltd.

Globus Spirits were incorporated in 1994, which makes them one of the newer liquor companies in India. Their products are targeted toward lower and premium alcohol beverages such as grain alcohol and dry gin. The spirits maker produces higher quality liquor across their plants in Rajasthan, Haryana, and West Bengal.

They have 23 brands under the Globus Spirits Group and a market capitalization of Rs. 3,449 crores.  Globus stock has rallied over the past year by over 200%. They might be one of the smaller players in the industry but that is understandable as the top companies are centuries older than the upcoming liquor maker.

The company has now diversified into other liquor categories such as whiskey, rum, and gin. With a market cap of Rs. 1,102 crores, it is one of the small-cap liquor companies in India.

From the revenues and sales volume of the big brewing companies in India, it is evident that liquor isn’t going away anytime soon. Are you investing in these stocks anytime soon? Do let us know in the comments below. That is all for the article on “Alcohol Stocks In India”. Happy Investing!