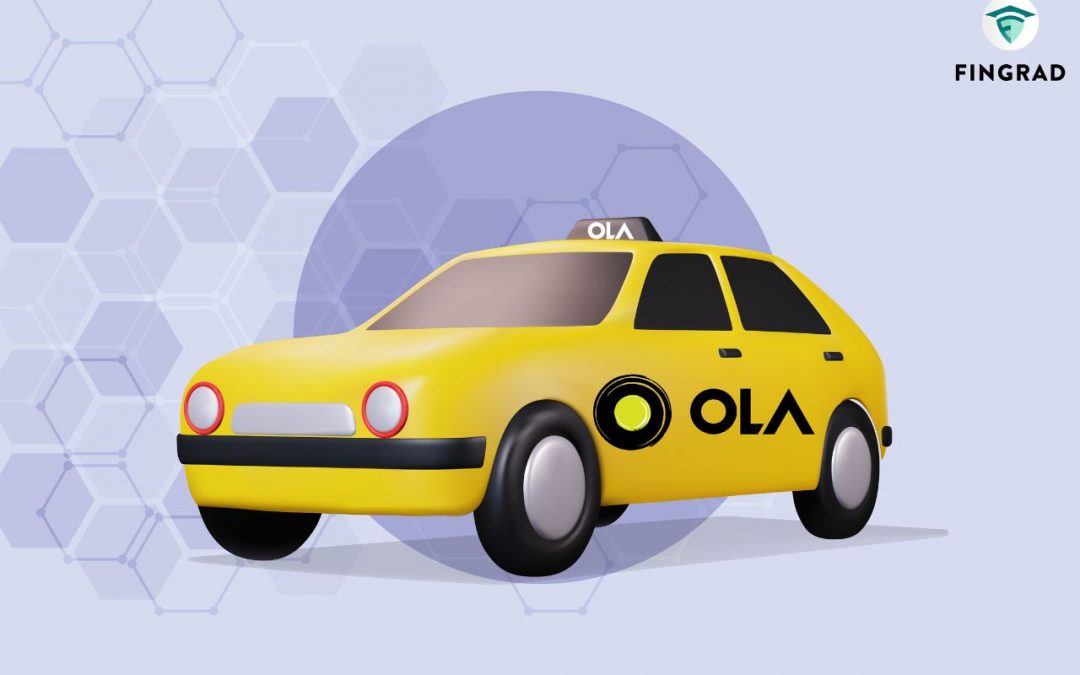 Is Ola Listed In Stock Market? Funding, IPO, and Acquisitions!

Ola is the go-to ride-hailing company in India. But can you put your money into Ola besides cabs and scooters?

Ride-hailing services have become a duopoly in India, with two major companies battling for market share in the sector. India is already one of the largest producers and consumers of automobiles, which has only amplified the traffic congestion situation in Tier-1 cities.

This, combined with the cost of fuel and maintenance, makes owning vehicles comparatively expensive to ride-sharing. According to a study by Frost and Sullivan, this industry is expected to be worth $90 billion dollars by 2030. Continue reading to get the answer to the question Is Ola Listed In Stock Market?

Ola started off as a ride aggregator, offering discount ride-sharing options across its different taxis, which range from autos/rickshaws to SUVs. To gain a better market share among people, it offered heavy incentives to its drivers and discounted rides to its customers to attract traffic over its competitors.

Previously, the ride-sharing industry was largely unorganized and dominated by small players such as Rickshaw drivers and travel agencies. Ola was founded on December 3rd, 2010 by Ankit Bhati and Bhavish Aggarwal under the name ANI Technologies Ltd.

They started off as a ride-sharing business and recently entered into the EV segment as well. In 2021, Ola launched its line of EV scooters, after the emergence of EVs in India.

In the past 7 years, from 2015 to 2022, Ola has acquired eight companies including Foodpanda, Ridlr, Geotagg, TaxiForSure, and Avail Finance.

How much has Ola raised?

Ola is one of the elite startup companies that has achieved unicorn status. A unicorn is a startup that is valued at + $1 billion dollars and above. So far, according to Crunchbase, Ola has received $5 billion dollars in funding. This is through 29 rounds of funding from over 60 investors.

Is Ola Listed In Stock Market?

Coming to the point in hand, Is Ola Listed In Stock Market?

While Ola’s main competitor Uber is listed on The New York Stock Exchange in America, Ola is still a privately held startup and is not yet listed in the stock market. The company does plan on going public in the near future and is even venturing into the manufacture of EV cars, hinting at a launch on August 15, 2022.

When will Ola Go Public?

Ola planned on going public in the first half of 2022, according to the company CEO Bhavish Aggarwal. But that has been delayed after controversies surrounding the startup’s EV scooters malfunctioning, according to multiple customers online. OLA Cabs IPO is one of the most awaited IPOs in Indian stock market.

Ola is currently not a listed company so the current Ola share price is unavailable. The cab aggregator’s plans to go public have been delayed as of now so the estimated issue price is uncertain as well.

In India, Uber is Ola’s largest competitor, and the two companies combined to hold a strong presence as ride-aggregators.

Now that’s not Ola’s only business. They have also recently ventured into the EV segment, with their own line of electric scooters. They’re directly in competition with companies like Ather, TVS, Okinawa, and Revolt Motors. They have even announced the launch of their own electric car which will be launched in the near future.

Also Read: Is Swiggy Listed In The Stock Market? Funding, IPO, and Acquisitions!

Startups tend to wait for years together before having a steady business model that works for them. Upon that, going public is taking the company to the next level, literally. With the saturation of the ride-sharing market, Ola decided to divest into other sectors, particularly Electric Vehicles.

We hope that answers your question “Is ola listed in stock market?”. Happy Investing!