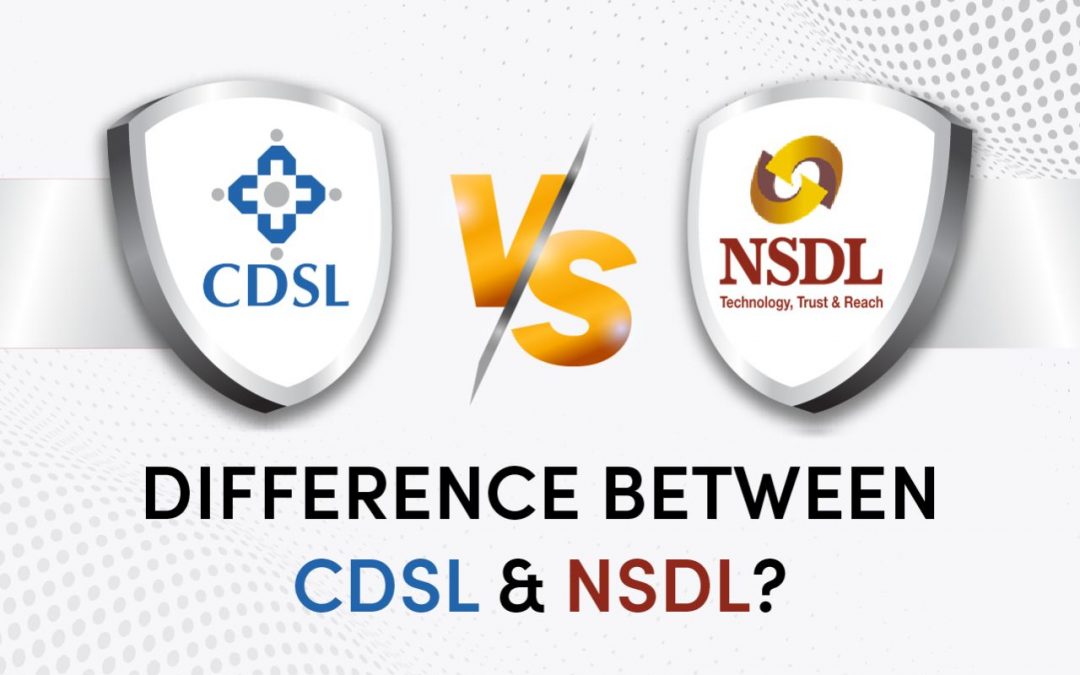 What Is a Depository? What is the Difference Between CDSL and NSDL?

Understand the difference between CDSL and NSDL: “Wealth is the ability to fully experience life.” – Henry David Thereau

If you have ever asked a friend or relative how to start investing in the stock market, they will tell you one thing that is common amongst every other piece of advice – You need to open a Demat account.

So what is a Demat account and where does the term depository come into the conversation? This article tries to answer just that.

What is a Depository?

A depository works as a safeguard for assets such as cash, gold, etc. The closest example to a depository is a bank, which takes their customers/clients’ money in the form of a deposit in exchange for an interest.

The bank, in turn, takes the funds and invests them elsewhere, either in the form of high-risk high return loans, government bonds, or buying stakes in companies.

These banks offer financial assistance to businesses and clients and take assets such as shares and bonds as security.

In India, we have mainly two depositories – The CDSL and NSDL. Both the depositories are monitored by the Stock Exchange regulator SEBI.

Besides monitoring, SEBI also regulates and holds the higher authority over the two depositories.

Difference Between CDSL and NSDL: How does a depository work?

Now remember at the beginning of this article, we spoke about the importance of having a Demat account.

If you want to start investing or trading, you need to have a Demat account. So whenever you buy and sell shares, they are credited or debited to your Demat account.

In this picture, a depository such as CDSL and NSDL acts as a middleman which holds your shares. So when these shares are bought by an investor, they are actually held by these two depositories.

Whether it’s a large-cap company like Reliance and Tata or small-cap companies such as VST Industries, they all more or less have thousands if not lakhs of investors nationwide. When these companies decide to pay out dividends, it is not physically possible for them to individually reach out to every investor of the company. That is where CDSL and NSDL come into play.

The data held by both depositories are crucial to pay dividends to all their investors that year or that quarter, and this applies to every listed company on both stock exchanges.

Before the widespread use of Demat, shareholders were given physical share certificates as proof of ownership and investment. To sell shares, one needed to move share certificates. Today, it is a simple step of moving shares from one Demat account to the other.

What are CDSL and NSDL?

To understand the relationship between a depository and securities, we can take the example of what cash is to a bank. Similar to a bank, a Depository holds securities in an electronic or dematerialized form. These securities are stocks, bonds, and mutual funds that an investor holds through their individual Demat accounts.

Each depository institution is connected to one stock exchange. The two exchanges in the discussion are NSE and BSE. NSDL acts as a depository to NSE and CDSL to BSE.

Also Check Out: ETF vs Index Funds – What’s the Difference between the two?

Who is a depository participant?

Here’s a lesser-known fact about depositories – You as an individual investor cannot open a Demat account directly with either NSDL or CDSL. Instead, you would have to go through a third entity known as a depository participant.

These DPs are nothing but entities who are members of either one or both depositories who provide stock brokerage services to customers such as yourself. On behalf of you, they provide services of holding your shares in exchange for a service charge. While there are only two depositories in India, there are hundreds of depository participants.

All DPs provide more or less the same services, but the service charges vary from each other. In fact, your own bank might have such services that could be offered to you at a discount, should you decide to start trading and investing. work with both CDSL and NSDL in exchange for a service charge that is born by the retail investor.

Differences between CDSL and NSDL

Promoters: The NSDL is promoted by NSE, IDBI Bank, and the Unit Trust of India whereas BSE is backed only by the BSE.

Stock Exchange: As mentioned above, NSDL is the depository of NSE and CDSL to the BSE.

Both depositories CDSL and NSDL have forever changed the way we trade securities and have made it accessible to millions of people throughout the country. Something that was unimaginable just three decades ago is now at the tip of our fingers, and digitalization has all the credit for it.

SEBI’s role in regulating the two is a bonus trust factor for skeptical investors as well. Hope this article cleared all your questions about depositories. Hope you understood the difference between CDSL and NSDL through this article.

How about beginning your online stock market journey with FinGrad? With a host of top experts in the industry, your journey can be all the easier.