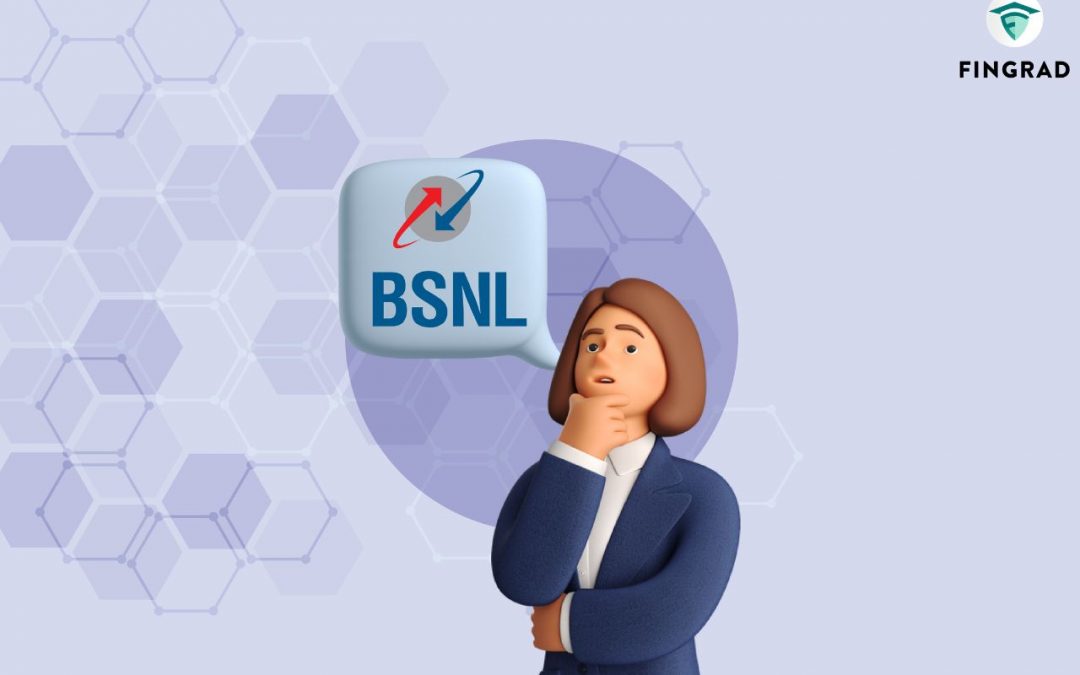 Before the wave of Jio and Airtel, there was one company that gave us every service at one of the lowest prices in the market – Bharat Sanchar Nigam Ltd. or BSNL. From the internet to providing landline connections, they were one of the most affordable telecom providers in India. We know that all their major competitors are already listed in the markets, but – Is BSNL Listed on Stock Exchange?

BSNL has its history dated all the way back to pre-Independence. The first telegraph service was set up during the 19th century under British rule by the East India Company. For as long as 160 years, BSNL operated the telegraph service in India, until it was discontinued in 2013.

The company name – BSNL or Bharat Sanchar Nigam Ltd. translates to India Communications Corporation Ltd. Unlike every other telecom company, BSNL is a PSU and completely a government-owned company. It is under the ownership of the Ministry of Telecommunications of India.

BSNL is a holistic telecommunications company, providing a wide range of services and products, ranging from mobile services such as internet, calling, and SIM services to landlines, broadband, fiber, and 4G.

Is BSNL Listed On Stock Exchange?

At present, BSNL is not a listed company and remains under the ownership of the Government Of India.

The government-owned company planned to go public back in 2008 in what would have been the biggest IPO in India at the time, aiming to raise ₹40,000 crores, according to an article by The Economic Times.

However, that IPO never came to reality and BSNL remains a PSU.

At one point, BSNL had a larger user base, revenue stream, and market capitalization than Bharti Airtel, which is now the largest telecom company in India. Had their IPO taken off as planned, it would have been the largest India would have seen at the time.

However, that would not be the case and as such, the current share price of BSNL is not available.

Although BSNL is not listed on the stock exchange, most of its competitors are. Their competition is not limited to big names such as Airtel and VI.

They also face competition from local players as well. Furthermore, BSNL is not only involved in teleservices as they provide internet connectivity too.

At its peak, BSNL was indeed the largest telecom operator in India. Had they gone public, their growth would have reached new leaps and bounds and changed the telecom industry. Sadly that is not the case. That’s all for this blog on – “Is BSNL Listed On Stock Exchange.” Thank you for reading till the end and happy investing!