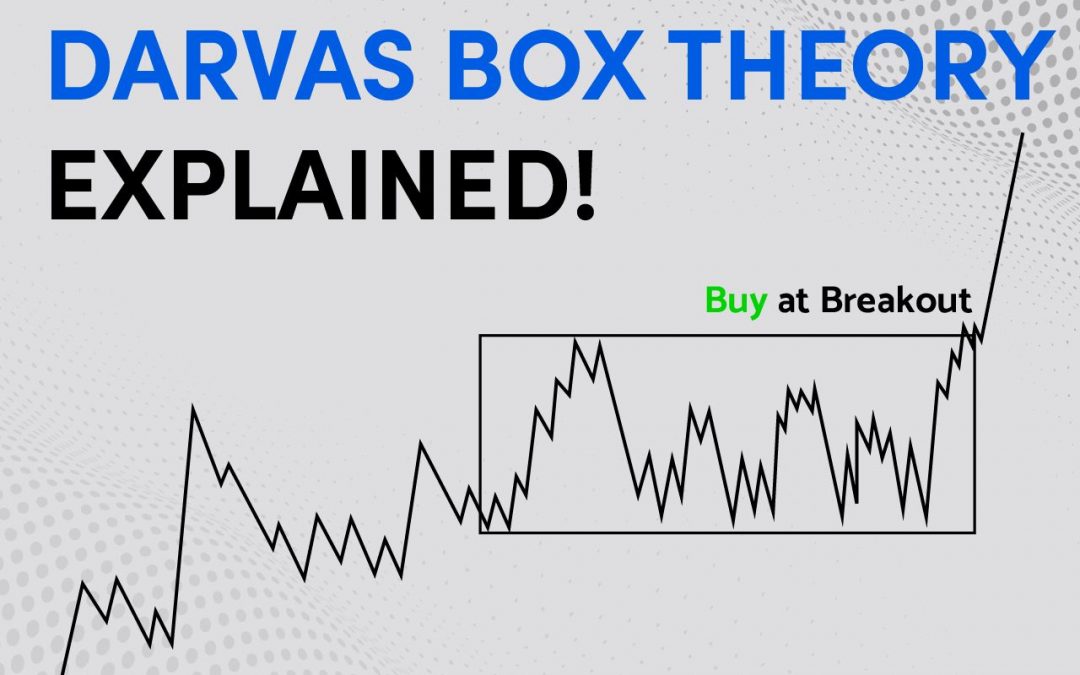 Darvas Box Theory Explained & What Critics Have to Say About it?

Darvas Box Theory Explained: The stocks are generally selected by using several parameters relevant to the industry. You will be surprised to know that there are different methods of selecting stocks depending upon the type of investor.

There are different theories in the technical analysis used by technicians, and one such theory is Darvas Box Theory. Developed by Nicolas Darvas, Darvas box theory is the trading strategy targeting securities with the help of their highs and volume as main indicators.

This post will attempt to explain the Darvas box and get you Nicolas Darvas Box Theory Explained in the easiest way possible. Traders attempt to assess stocks with the help of underlying trading data. In Darvas Box’s trading strategy, traders go long on stocks that make new highs of prices.

They draw a box around the recent highs and lows to have a fair idea about an entry point and an exit point for the stop-loss order. Stock is considered in the box only when the price outpaces the previous high but then falls back to a price that is somewhat close to the previous high.

After reading the above content, it’s fair to assume that Darvas’s box theory is best suited to a rising market. Darvas box theory follows momentum strategy as it uses both, market momentum theory and technical analysis, to determine valid entry and exit points.

Precisely, Darvas box theory mainly focuses on buying companies having promising growth and earnings prospects. They should belong to the solid industry group. Overall trends in the market should be assessed, like stocks, in general, should be in an uptrend and breakout should be supported by higher volumes.

Darvas box theory is not time-bound and can be used at any time period. In the real world, this theory helps investors in having performance that outpaces overall market performance.

The theory is entirely based on tracking industry-wide growth through the performance of selected stocks, their prices, and trends in trading over time.

Assessing and tracking certain stocks, principally high-volume stocks, helps investors check implied strong moves by the underlying securities and when can they be entered or exited.

Market technicians using Darvas box theory are required to select certain stocks and evaluate their trends in prices. Traders then should see volume as a significant indication of an expected move.

Nicolas Darvas encouraged investors to rely only on those stocks which have high volumes. This was because he believed that high volumes signify a stock with strong moves. Now, the question arises that why this strategy was successful.

In the earlier days, trading was not easy as it is today. Earlier, going long on high-quality, dividend-paying stocks was followed by most of the investors as there were mostly long-term investors. Investors used to choose dividend income as opposed to capital appreciation.

Later, Nicolas Darvas introduced this box theory to the market, giving no consideration to dividends whatsoever, and he clearly explained stop-loss points.

After identifying a developed industry, Nicolas Darvas used to create a list of stocks. Due to the commission structure, he only focused on stocks that are highly-priced. As there were fixed commissions, the cost of trading, on a per-share basis, fell significantly when stock prices increased.

While a buy-and-hold investor would not pay much heed to this, Darvas came to a conclusion that a significant part of the profits can go to commissions if this is not followed.

Darvas looked for a sign, and the only indicator he used was trading volume. He used to look for heavy volume, and when he spotted an unusual volume, he immediately used to contact his broker.

What Critics Have to Say About Darvas Box Theory?

If the trend doesn’t get developed as expected, investors can end up making losses. Some critics also argued that some trends in the market cannot be predicted, and in such cases, this theory loses its value.

In conclusion, this article on “Darvas Box theory explained” states that this theory can be used at any time period and should be used on stocks with higher trade volume. This theory can successfully result in gains only if it is applied in a rising market. Like many trading strategies, this theory helps traders follow a disciplined strategy to control risk and maintain stop losses.

To get a better understanding of stock market investing, check out our free course. That’s all for the article on Darvas Box Theory Explained. As always, Happy Investing!