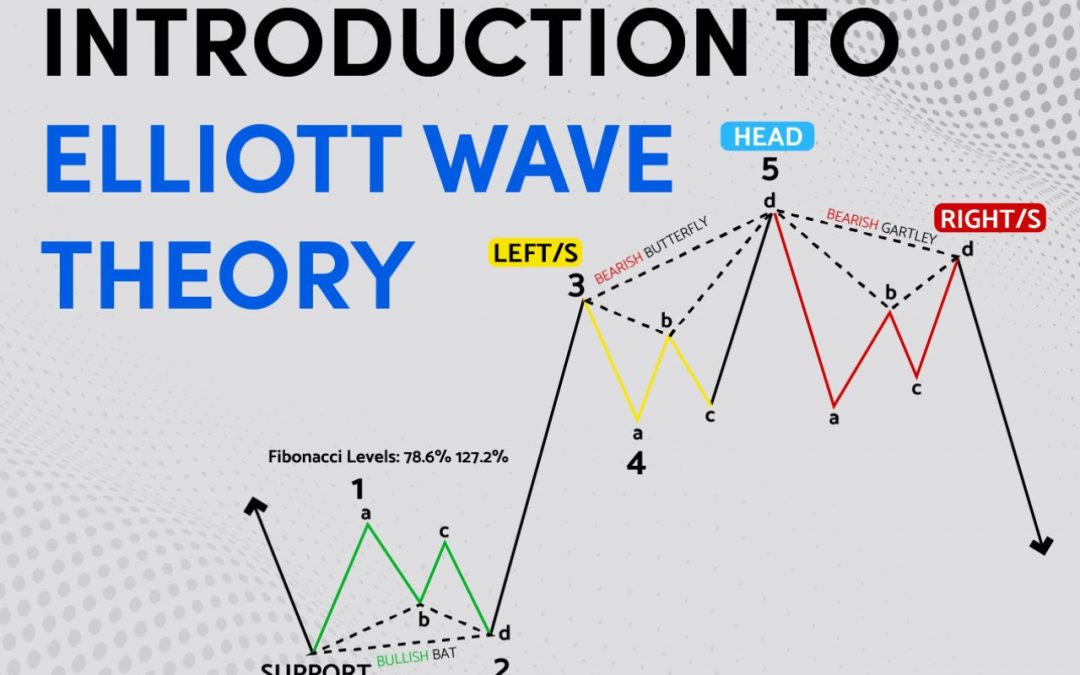 Introduction to Elliott Wave Theory: In technical analysis, there are several theories and indicators which have been explained and illustrated in detail. Different market technicians use different theories, and they believe that each theory has its own advantages and disadvantages.

While some theories help determine entry and exit points, some help in understanding the market patterns and psychology. One theory i.e., Elliot Wave Theory is widely believed and used in financial markets.

The developer of this theory, Ralph Nelson Elliott, believed that the stock market always trades in repetitive patterns. By the end of this article, you should have a fair idea about Elliott Wave Theory, and how it can be applied in trading.

Introduction to Elliott Wave Theory can help understand market cycles and trends, and it can be applied in financial markets. Elliott Wave is not a trading technique, but a theory that helps predict market behavior.

The Elliott Wave principle patterns which are identified are not intended to be certain. They provide expected outcomes for future price movements.

Elliott Wave Theory is a technical analysis tool that focuses on looking for recurrent long-term price patterns related to regular changes in the sentiments of investors and their psychology. In simple words

Introduction to Elliott Wave Theory is based on the idea that the financial markets form the same types of patterns in the smaller timeframe that they do in the longer timeframe.

Elliot Wave Theory helps in identifying impulse waves setting up a pattern, and corrective waves opposing the larger trend. Elliott Wave principle patterns help in providing clues about what might happen next in the stock market.

As per the theory, irrespective of the timeframes, market movements tend to follow the same types of patterns. Patterns are created as per the current market sentiment.

The Basic Elliott Wave theory pattern can be identified by an eight-wave pattern, consisting of 5 motive waves, and 3 corrective waves. For better understanding, consider this: a wave that moves according to a major trend is called a Motive Wave.

Vice-versa, a Corrective Wave is a wave moving in the opposite direction. Elliot argued that financial markets develop patterns that are fractal in nature.

Elliott waves are known as fractals because fractal means a geometric object that after division into smaller parts of the shape, exhibits similarities to that of original motives.

In an uptrend, the pattern is formed in such a way that 5 waves move up and three waves move down. Zooming in to a single motive wave will help traders identify the smaller five-wave structures.

Apart from the impulse waves, there are corrective waves too. These waves fall in patterns of three.  Corrective waves, also known as diagonal waves, have 3-or a combination of 3-sub-waves that move in the opposite directions to the trend of the next-largest degree.

Consider an example where a market technician notices that a stock is heading for an upward trend on an impulse wave. In this situation, the technician can consider going long on this stock until the end of its 5th wave.

Once this point is reached, traders can consider going short on this stock and benefit from the expected fall in price. Basically, the idea here to benefit from is that fractal patterns recur in stock markets.

From the mathematical standpoint, fractal patterns tend to repeat themselves on an infinite scale.

Is Elliott Wave Easy To Learn?

Though some might argue that the Elliot wave is complex and time-consuming to learn, one can learn Elliot Wave one step at a time to make the learning easy. As impulses are simple to recognize, it is recommended to start learning with corrections. Additionally, corrections are followed by significant progress in an impulse.

Waves can be seen in stock price movements and in consumer behavior too. An investor looking to book profits from market trends can be described as riding a wave.

Each and every set of waves is nested within a larger set of waves that follow the same impulse or corrective pattern. This is known as the fractal approach to making investments.

Ralph Nelson Elliott has made it clear that wave patterns do not provide certainty regarding future price movement, but these patterns give an idea about probabilities for future market action.

This theory works best when applied in conjunction with some other forms of technical analysis, or technical indicators, to pick up and benefit from specific opportunities.

Investors can benefit from this theory due to its underlying idea that movements in stock price are predictable since they move in repeating up-and-down patterns known as waves. These waves are created by investors’ sentiments and their psychology.

The application of Elliott Wave theory is subjective. That is to say that different traders interpret this theory in a different manner. Wave analysis provides deep insights into trend dynamics and helps understand movements in prices in a deeper way.

To get a better understanding of stock market investing, check out our free course. Also, that’s all for the article on Introduction to Elliott Wave Theory. As always, Happy Investing!