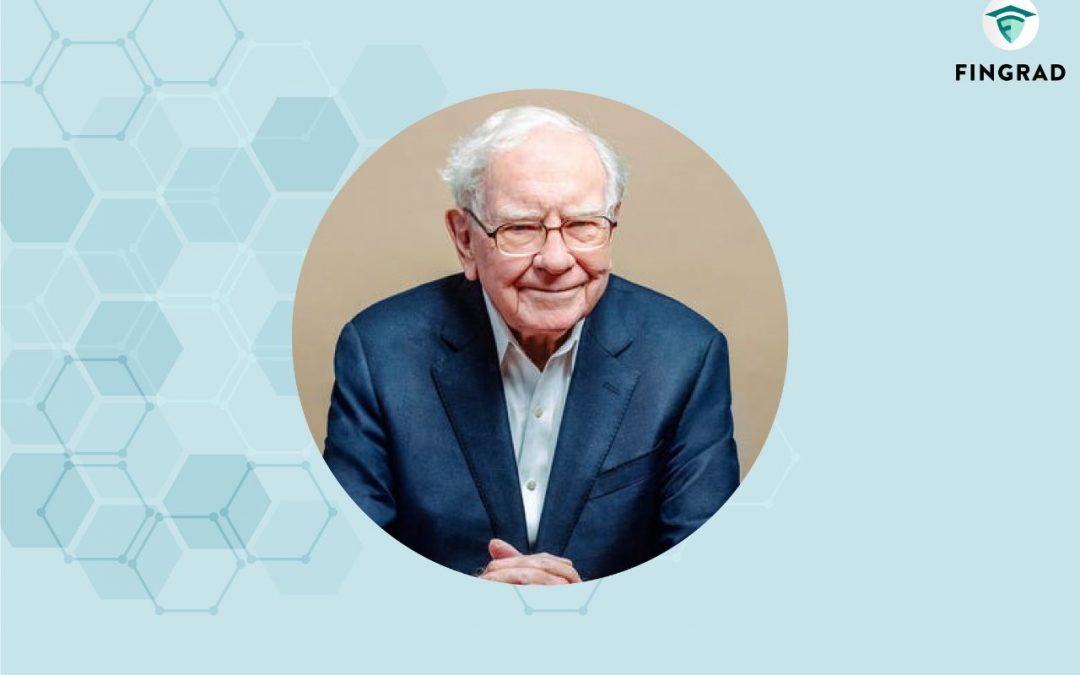 Looking at 11 Warren Buffett’s Investing Principles: Before you go ahead with this blog, let’s get one thing clear at the start – Warren Buffett did not publicly write a book or post a set of rules he uses for his investing principles.

Warren Buffett is widely regarded as the investment guru of the stock markets. And like every other ace investor, he doesn’t like to make public statements that sway the markets in any direction.

With that being said, these 11 principles were written for the shareholders of Berkshire Hathaway and explain how Buffett and Charlie Munger, the vice chairman of Berkshire run the company.

Here is a list of Warren Buffett’s Investing Principles that every investor should be familiar with and learn from.

Shareholding is always to be thought of as owning a part of a business, not just a certificate that fluctuates in price on a daily basis. The common perception of share certificates is that it is just another piece of paper that changes in price and you sell whenever there’s political and economic turmoil.

But that’s not how it should be viewed. Every shareholder should think of himself as part owner of the business. Buffett and Munger view shares in terms of long-term ownership, and in turn, the success of their holdings instead of tracking monthly movements of the stock. This is the first of the 11 Warren Buffett’s Investing Principles.

Buffett and Munger have over 90% of the net worth tied into Berkshire. Most of their success depends on the company’s performance and it goes against the policy of not putting all your eggs in one basket. The reason that both investors are okay with this approach is that Berkshire alone has holdings in multiple companies so their success is tied to their holdings more than just Berkshire Hathaway itself.

When Buffett makes money on his moves through Berkshire Hathaway, so do the managing partners and shareholders. This means there’s no hidden incentive to make more money than the shareholders through incentives and options so when the company loses money as well, the shareholders are equally affected.

The performance of Berkshire Hathaway is not measured in terms of size, but in terms of intrinsic value and the annual rate of return. As the size of the company grows, the chances of performing with a 25% annual return per year become harder over the years.

The goal of any investment firm is to give returns that are above the market average to be considered successful. Otherwise, it makes no sense to invest when the concept of ETFs and bonds give safer returns.

Buying up a few shares of large-cap companies is easier than it is purchasing and acquiring an entire small business.

A depressed stock market presents a number of investment opportunities, especially for companies like Berkshire Hathaway which can acquire entire companies for less than the true value of the company.

Through acquisitions, the goal is to increase the cash flow of the company, and that in turn generates a consistent revenue stream that increases the average return on capital per year.

The balance sheet and income statements do not give the full picture of the economic condition of a company, its industry, and the economy as a whole.

Both Buffett and Charlie Munger like to study their companies in depth to understand the reason for the performance in that year, besides publishing the income statements for investors to analyze and study themselves.

So aside from learning about Berkshire Hathaway, you’ll also be able to study and understand the subsidiaries held by the company with a detailed study as to why the company overperformed or underperformed.

When using investors’ and clients’ wealth, it’s easy to overuse leverage when an interesting opportunity presents itself. But that goes against the principles of Warren Buffett who believes that it’s never advisable to overuse leverage and pursue something that he and his firm doesn’t need for a few extra points of interest in returns.

As an investor and founders of an investment firm, both Warren Buffett and Charlie Munger don’t believe in fulfilling the goals of the management at the expense of shareholders. So even when an acquisition opportunity presents itself, they wouldn’t risk their shareholders’ trust for temptation.

Fund managers and investment firms buy shares and companies on the study and research that the company will provide value over time. These intentions have to be met with results that are evaluated frequently.

The ninth Warren Buffett’s Investing Principles says that if a business is generating a good or decent cash flow, then selling stakes in the company solely out of price changes doesn’t make sense as long as the company is running on its own without consistent loss-making years.

While reporting yearly earnings and reports, the investment firm doesn’t hesitate to report facts and achievements along with losses and bad moves, instead of following different accounting methods to alter the valuation of the business.

Besides this, the founders are more than happy to provide any clarity at the annual meeting held by Berkshire every year.

The movements made by Warren Buffett and his partners are not public knowledge for good reason – Unless required by law. Warren Buffett is followed by every budding investor in the world, so apart from following Buffett’s 11 Investing Principles, people also like to track his daily, monthly, and yearly market movements.

So if Buffett were to announce that he was going to sell his entire stake in Coca-Cola, the share price would tank overnight because of the number of shares he owns and the huge following he has amassed worldwide. So his investment philosophy is open to all, but specifics are something that won’t be revealed unless obligated by law.

That’s all for this blog post on 11 Warren Buffett’s Investing Principles. Do you follow any of his principles in your own investment philosophy? Let us know. Also. If you want to learn more about investing and trading, subscribe to our courses on FinGrad. Happy Investing!