Understanding the Difference Between FDI and FII! 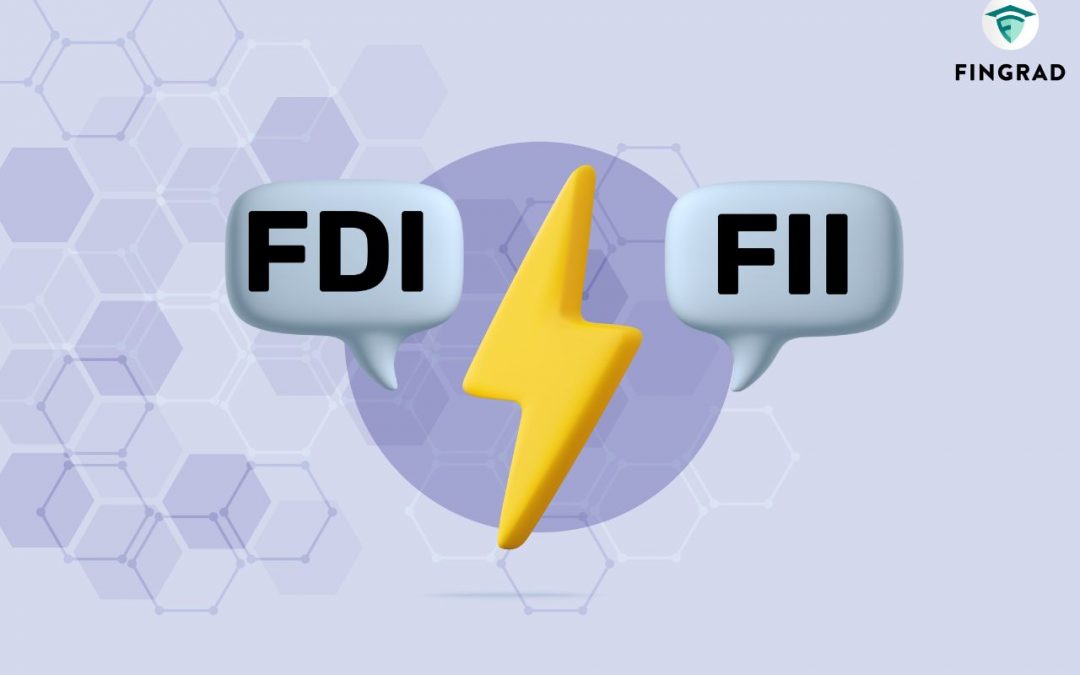 Difference Between FDI and FII: Economic fallout of the COVID-19 pandemic has made the valuation of Indian businesses attractive. In the past, India fell behind in comparison to China in terms of capital raised.

However, the current pattern of economic shift and government policies continue to support India to become a favourable market for the investment of foreign capital.

India requires foreign inflows as such inflows act as a critical trigger for overall economic growth for any developing nation like India.

Foreign companies tend to make investments in India and take advantage of relatively lower wages and achieve technical know-how. These measures support the nation in generating employment for its population.

Indian government’s favourable policy structure and strong business environment help in continuing the flow of foreign capital into the country.

Market size, rationalization of policies, strong demographics, healthy economic growth, etc. are some of the important factors which help India in getting foreign investment.

Whenever foreign capital flows in, it benefits India and that particular sector to a large extent. When foreign investors invest their capital into India, it tends to benefit stock markets in India as it exhibits confidence.

When we speak of foreign inflows, it can be principally done in two ways: By foreign direct investment and by Foreign institutional investors.

In this article, we will explain the difference between FDI and FII and how such investments support the Indian economy. Read on to find out more about foreign inflows.

Any sort of foreign inflows, irrespective of FDI or FII, help in the development of the economy in the long run. It is a sign of economic growth as this means that foreign investors prefer to invest some funds into the investee country.

In 1991, foreign investment was introduced under Foreign Exchange Management Act (FEMA) in India. Experts believed that this step was of utmost importance to add some source of capital formation in India.

As a result, an inflow of foreign capital became one of the most important measures of economic development in both developed and developing countries.

Economists believe that FDI and FII have become enablers of international economic integration and stimulation. Foreign capital flows continue to play a significant role in the development of Indian stock markets.

FDI investments are not directly related to stock markets. However, such investments offer opportunities to industries for technological improvement, gaining access to global skills and practices, global competitive advantage, etc.

Is FII Included in FDI?

FIIs and FDIs are two separate terms. FIIs refer to institutional investors who make investments in entities outside their domestic country. FDIs refer to direct investments made by a foreign entity.

FDIs and FIIs are both important forms of investment for any country. These flows help create a transparent environment. These investments support the growth and development of the company which ultimately supports shareholders.

In India, investment in the form of FDI is preferred. This is because these investments help in bringing a lot more to the company than simply the capital inflow as these would contribute to the Indian development from the root levels.