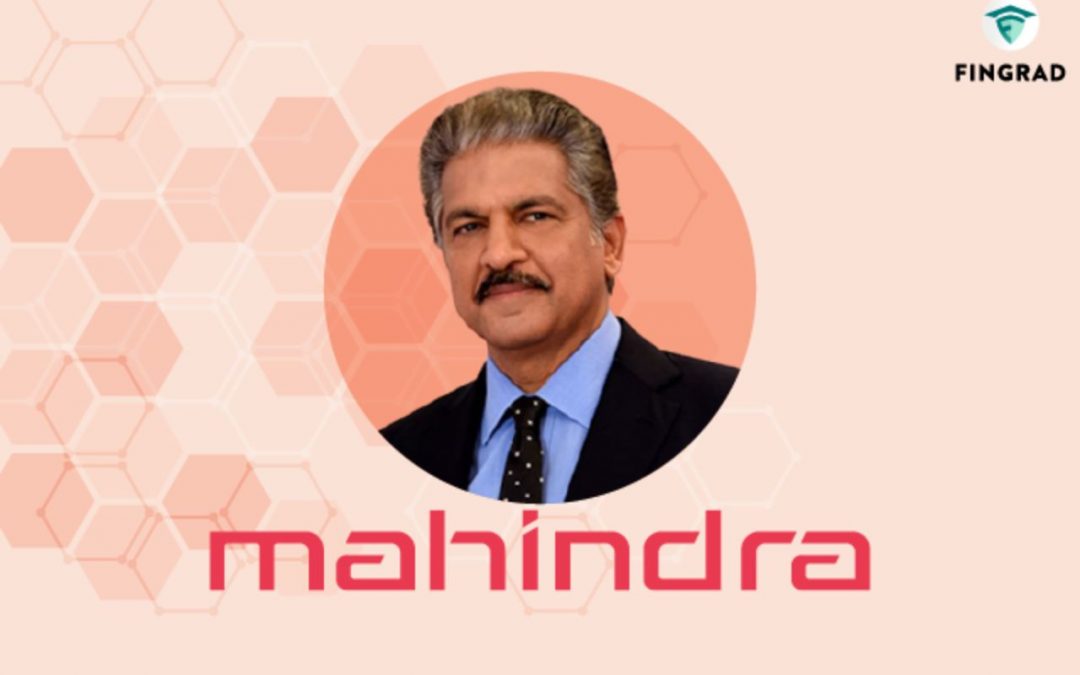 Mahindra Group Listed Companies: The Mahindra Group is a name that is older than India’s Independence. What started off as a steel trading company named Mahindra & Mohammed in 1945, the group is a $19 billion-dollar enterprise today.

The group has a presence in more than 100 countries, and in different industries. They have a notable presence in the automotive sector, logistics, IT, hospitality, and more. In this blog, we’re going to cover the Mahindra group listed companies!

About The Mahindra Group

The Mahindra group is one the most well-known business groups in India. They have a history spanning 7 decades, and a global presence in 100+ countries.

The group has grown to a size of over $19 billion, employing 250,000 people. According to the company website, they are present in 22 businesses, ranging from automobiles and defence to IT and rural housing finance.

For the full list, scroll to the end of this blog!

M&M is the automobile company under the Mahindra group. They are one of the only Indian automobile makers present in the domestic market.

The 1st company on our list of Mahindra Group companies is M&M. It is a diversified automobile manufacturer with a market cap of ₹1.59 lakh crore. This makes it a large-cap automobile company, and also Mahindra’s largest business.

M&M posted sales of ₹90,171 crores in FY 2022. This brought in a net profit of ₹7,253 crores, making it one of the best financial years for the company. Additionally, the company’s operating profit margin was at its best in 10 years at 16%.

Given that 2020 and 2021 were disruptive years for the entire automobile industry, M&M has made a very positive recovery. The company stock has a P/E of 19.1, almost half that of the industry P/E (36.0).

This indicates that the stock is quite undervalued when compared to its industry. ROE (14.2%) and ROCE (11.3%) are adequate given the company’s recovery.

The promoter holding of M&M is quite low at just 19.4%. While the promoters haven’t sold a significant stake recently, they aren’t holding a large stake either.

The 5-year return of M&M is almost 73%, which is below expectations. While the company’s performance is getting better, the stock price has given lower returns in the past.

Coming to #2 is Tech Mahindra, the IT head of the Mahindra group. The company has an interesting history and wasn’t created by Mahindra alone.

It began as a joint venture with British Telecom in 1986 as a tech outsourcing company. Over time, British Telecom sold its stake back to the Mahindra group, making them the sole owner.

Today Tech Mahindra is one of the top 5 IT companies in India, competing with big names such as Infosys, TCS, Infosys, and Wipro.

Tech Mahindra is one of the largest IT companies in India. With a market cap of ₹101,483 crores, it is a large-cap IT company.

In the past 5 years, the company’s sales & profits have been growing consistently, with a slight slump in 2020 and 2021 due to the covid-19 pandemic.

This could be due to a recent hit on IT stocks after the unsteady movement of the US economy. The company has maintained a low D/E ratio of 0.11, making them virtually debt free.

Promoters hold 35% of the company, with no recent selling or buying of stakes. The 5-year returns of Tech Mahindra are 108%, making the IT company a multi-bagger.

At #3, MMFSL is the NBFC business of the Mahindra group. The company provides loans for most of its own products, specifically its automobiles.

MMFSL provides loans for 2-wheelers, tractors, cars, and even personal loans. Besides this, they also provide investment opportunities and insurance as well.

The company has a nationwide presence with a network of 1340+ offices. Since it has an investment business as well, the company also has an AUM of + ₹81,000 crores.

Promoters hold a 52% stake in the company, and it has increased marginally by 1% in the past 3 years. The 5-year returns of MMFSL are in red, giving a negative return of almost 17%.

Given that Mahindra is very active in the automobile industry, it is no surprise that they also manufacture their own auto components. That is the main business of the 4th company on this list – Mahindra CIE Automotive.

The company manufactures engine gears, shafts, transmissions, crankshafts, and many other components that go into the assembly of an automobile.

We have officially entered the mid-cap range of the Mahindra group with Mahindra CIE Automotive. The company has a market cap of ₹10,947 crores, making it a mid-cap auto component company.

Mahindra CIE Automotive has a P/E of 17.9, almost on par with the industry P/E of 19.7. Despite a slow pace of growth, the company has managed to main low debt levels with a D/E ratio of 0.23.

Promoters hold almost 75% of the company, and they have been consistently increasing their stake over the past 3 years. The 5-year returns of Mahindra CIE Automotive is an underperforming 20.9%.

Every business house eventually finds its way to real estate. Lifespace developers is a real estate and construction company. They are present in 9 Indian cities with 43 residential projects.

The company builds residential properties such as high-rise apartments and community spaces.

Mahindra Lifepace Developers is a small-cap real estate company, with a market cap of ₹5,794 crores. A 5-year overview of the company shows that the sales and profits have been in decline for quite some time.

Promoters hold a 51% stake in the company and there has been no major movement. 5-year returns of Mahindra Lifespace Developers is +144%, making it one of the best-performing stocks of the Mahindra group.

Is Mahindra A Public Company?

The Mahindra group has made an impact on the Indian automotive industry for decades. For example, the Pinnafarina Batista, an electric hypercar is one of the fastest in the world.

The parent company, Automobili Pininfarina was acquired by the Mahindra group back in 2015. Only time will tell what new records can be made by the group. That’s all for this blog on Mahindra Group Listed Companies. Happy Investing!