Stamp Paper Scam 2003 & The Mastermind Behind It! 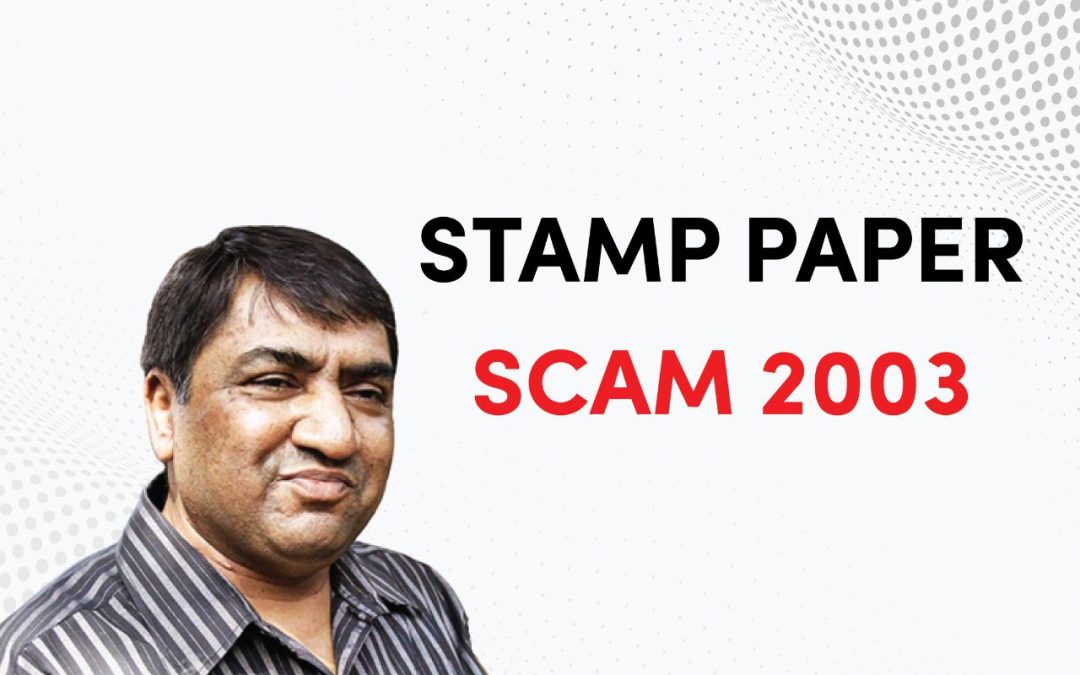 All about Stamp Paper Scam 2003: Riding on the success of Scam 1992, the makers of the hit series SonyLIV and Applause Entertainment have announced that they would be making a sequel titled Scam 2003! This however is about the infamous stamp paper scam 2003 by Abdul Karim Telgi.

After the announcement by the production house behind the hit series, all eyes are on Telgi and his backstory. Telgi counterfeited stamp paper and ran the illegal racket till eventually being caught in 2001 and imprisoned in 2007 for 13 years.

The court also fined Telgi $ 130 million dollars or 10 Billion rupees. Before he could complete his prison sentence, Telgi died in prison due to health complications (meningitis). The Irony of the Stamp Paper Scam 2003 is that Telgi and his six associates were acquitted a year after his death.

So what was the Stamp Paper Scam 2003 and how did he manage to get away with it? Today we’re going to take a deeper look into the counterfeit operation that made Telgi an overnight millionaire.

Who Was Abdul Karim Telgi?

Born in Khanapur, Karnataka Abdul had humble beginnings. Abdul’s father was an employee of the Indian Railways and his mother was a homemaker. His father passed away when he was just a child, leaving his family to fend for themselves.

He finished his schooling at Sarvodaya Vidyalaya Khanapur. To fund his education and support his family, he used to sell fruits and vegetables at Khanapur Railway station. Abdul Telgi went on to pursue his Bachelor’s in Commerce (B.Com) from Goget College of Commerce in Belgaum.

He moved to Mumbai after completing his education. For a few years, Telgi lived in Mumbai and made a living as a sales executive at M/S Fillix India ltd. For a brief period, he moved to Saudi Arabia and returned to work as a travel agent in Mumbai.

The making of Telgi

Now, this is where things get interesting. Abdul Telgi used to forge immigration forms for workers seeking to work in gulf countries such as Saudi. This included stamp papers as well. For immigration and documentation, there was a huge demand for stamp papers, which were always in short supply at the time.

He began this operation in 1991 and got caught and imprisoned the same year. In prison, Abdul met his accomplice, Ram Ratan Soni who would teach him about the loopholes in the stamp paper supply in India at the time. Soni was a stamp paper vendor who operated in Kolkata. He would later hire Abdul to supply stamp papers to him at a commission.

In the nineties, there was a huge demand for stamp paper. They were used for all sorts of legal and judicial documents. Immigration papers, land documents, loan agreements, insurance, etc. The uses for the stamps were endless, used by almost every single institute, private or government. This included brokerage firms, insurance companies, and banks as well.

But there was a shortage in stamp paper production. Here was where the opportunity was ripe for the taking. This shortage in supply was Abdul’s true calling.

In 1994, Telgi was granted a business license, which would be the shell company that would mass-produce and sell stamp papers to every possible customer in the country. For this, he bought decommissioned machinery from Nashik Security Press which would print the counterfeit stamps.

Between 1994 and 2001, Telgi ran a nationwide scam that created a network of buyers who were more than happy to buy the heavily discounted stamp paper from him.

His customers weren’t just retailers – Banks, Insurance companies, and brokerage firms all used his products. In the background, agencies were running an investigation into the success of Telgi. At one point, he had over 100 bank accounts and 36 properties throughout the country.

Given the size and scale of the operation, it is unlikely that Abdul Telgi operated without inside support from government officials. In 2000, two stamp paper vendors were caught in Bangalore and this event marked the beginning of the end for Abdul Telgi. He would be arrested a year later in Ajmer.

Socialist Anna Hazare filed a petition against Telgi in 2003. On January 17, 2006, he was handed a 30-year rigorous imprisonment sentence along with six other “associates” for forgery and counterfeiting.

Abdul Telgi served 13 years of jail time before dying of meningitis in 2017, at Victoria Hospital, Bengaluru. Telgi and his associates were acquitted due to a lack of “solid evidence” in 2018, a year after his death.

Abdul Telgi ran one of the largest scams in India ever and did it successfully before eventually getting caught. His story will be adapted into a TV show titled Scam 2003 and shed some light on how he achieved it.

Hansal Mehta is going to release the series in 2022 about the Stamp Paper Scam, titled “ Scam 2003” after the mastermind behind the 20,000 crore scam. That’s all for today on Stamp Paper Scam 2003. If you like this article then do leave a comment below. Happy Investing!