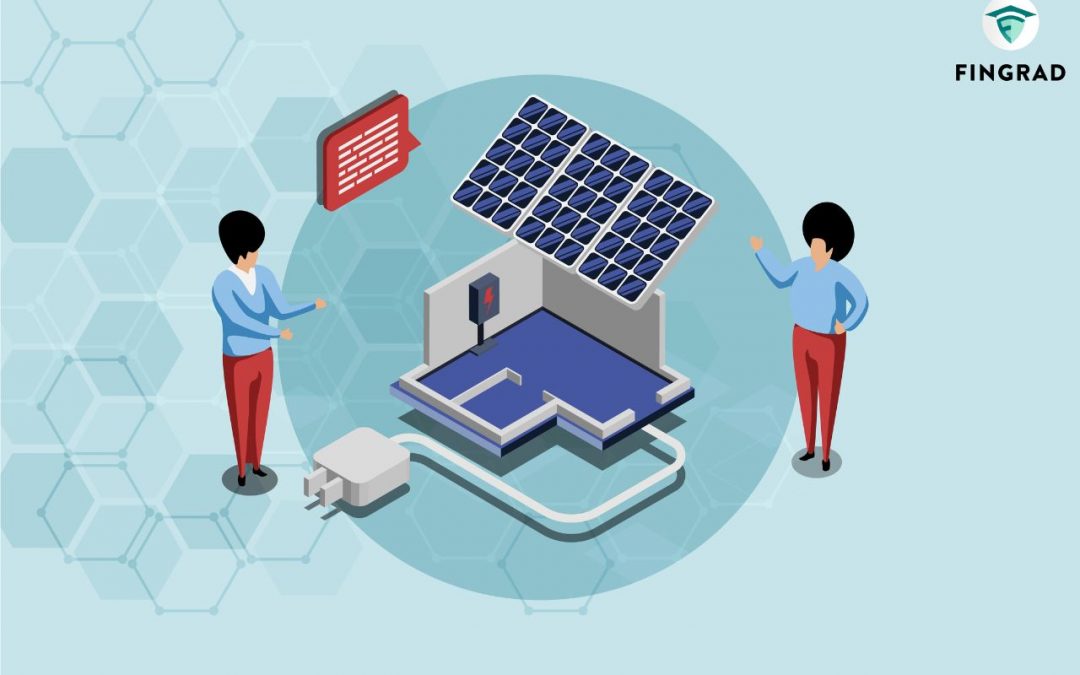 List of Top Solar Companies in India listed in stock market: Renewable energy is here to stay. Just take a look at how quickly automobile companies have sped up R&D and manufacturing of EV counterparts of their vehicles.

From almost no electric vehicle makers 10 years ago to EVs in two, three, and four-wheeler segments, it is not difficult to picture the future of transportation.

India has also committed itself to reducing its dependence on coal and bringing down its global carbon footprint. According to a study, India’s revenues from fossil fuels will drop by 65% of 2019 revenues by the year 2050.

Why Switch To Solar Energy?

Fossil fuels are made from the carbon matter of plants and animals that existed millions of years ago. This applies to petroleum, coal, diesel, and every other carbon-based fuel we’re currently using.

There’s a limit as to how long we can depend on such conventional forms of energy before global warming reaches irreversible levels and overall power consumption outweighs overall power production.

Fossil fuels are also non-renewable – once it’s incinerated, there’s no second life as it gets converted into other forms of energy. Electricity, heat, and industry (73.2%)  have the highest carbon emissions currently.

Solar energy is supposed to solve both these problems – Emissions and Quantity.

Solar energy is virtually unlimited as the Sun isn’t turning into a red giant in our lifetime and we have no limit on harnessing solar energy.

To support the new move of implementing solar energy, the Government has also provided attractive incentives and subsidies to companies and homeowners. You can check these schemes here on the official government website.

Which Is The No 1 Solar Company In India?

Here is a list of top solar companies in India listed in stock market, Keep reading to find out more.

Adani Green Energy was incorporated in 2015, under the Adani Group. Besides being a subsidiary itself, the company holds several subsidiary companies in the renewable energy sector such as Adani Renewable Energy.

77% of the company’s revenue comes from the power supply, and as of March 2021, 3.0 Gigawatts of power is produced from solar energy, of the total 3.5 Gigawatts produced by the company. The remaining 0.5 Gigawatts come from wind energy.

Part of the Tata Group, Tata Power Company is an energy-based organization, with 69% of output coming from thermal power, 14% from solar, 7% from wind, and 3% from waste heat recovery.

While most of its revenues come from thermal and conventional power sources, Tata Power hopes to shift towards cleaner energy sources in the future. The company has a market capitalization of over 72,600 crores at a CMP of ₹228 per share.

Borosil is a company well known for its laboratory glassware which we’ve all seen and used or even broken by mistake in high school and college. But besides lab tubes and beakers, Borosil is also the only manufacturer of solar glass panels in the country. Their factory in Gujarat contributes 40% of the country’s solar needs alone.

While Borosil itself is known for making glassware products, the company has a strong foothold in India for making glassware for solar panels as well. They derive over 3/4th of their revenue from domestic operations, whereas the remaining 23 percent comes from exports to countries such as the United States and Turkey.

Websol is a manufacturer of photovoltaic crystalline cells. The cells have both commercial and domestic applications, with a product range from 10 watts to 350 watts. The ISO 9001:2015 certified company is based in West Bengal and exports its products internationally and also sells them domestically.

Sterling & Wilson is an end-to-end solar engineering company that manufactures solar panels along with its operation and maintenance as well.

The company is part of the Shapoorji Pallonji Group. 95% of its revenue comes from EPC (engineering, procurement, and construction) of rooftop solar panels, floating solar and energy storage.

The company has both domestic as well international installation projects, with 54% of all projects completed in India and the remaining 46% completed abroad.

Also Read: Top Textile Stocks In India to Watch Out For!

Worldwide, we’re witnessing a rapid shift from fossil fuels to renewable energy, petrol and diesel vehicles to EVs, and sustainability over cost-cutting. Even investors have their focus on the renewable energy sector, as the shift is evident and will soon take over as the new energy market.

Foresight is one of the traits of a true value investor who observes shifting tides in the market before it becomes common knowledge. Which of the Solar energy stocks do you think will benefit the most in the future? Tell us in the comments below. Also, that’s all for the article on Top Solar Companies in India listed in stock market. Happy Investing!